Our day started with an exciting drive, heading north along the Georgian Military Highway into the high Caucasus Mountains. This is the main road running for 220 km from Tbilisi to Vladikavkaz in Russia, a spectacular highway that winds its way through sheer mountains. This Route actually dates from before the 1st century BC and is still important as one of the only links to Russia through Caucasus Mountains.

A pose with my travel buddy along Caucasus mountains.

En route we visited the Ananuri architectural complex (17th century), the two churches and the fortress overlooking Zhinvali water reservoir. The main church, built in 17th century is considered to be a masterpiece of carving. 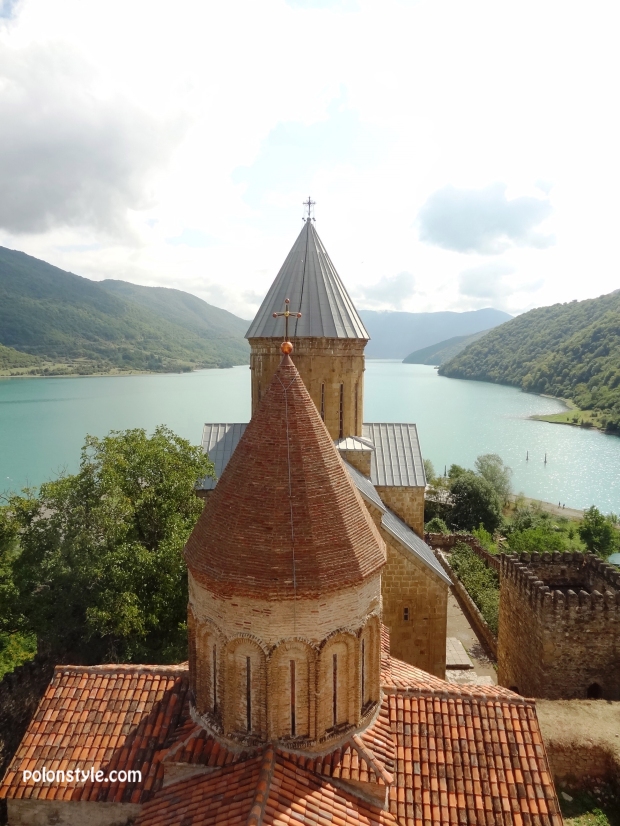 Located on the famous Georgian Military Highway it stood as a guardian to the Northern boarders of Georgia. A picturesque view of reservoir spread bellow opens from the base of the Ananuri Fortress.

Ananuri architectural complex belonged to the house of the Eristavi of Aragvi – a local ruler. The characteristic architectural design of the late medieval period includes a fortress, two churches, an old watch tower, prison and civic buildings.

Our final destination was Gergeti Trinity Church, located at 2170m above sea level. The Gergeti Trinity Church is built in the 14th century, and is the only cross-cupola church in Khevi province. The separate belltower dates from the same period as the church itself. Its isolated location on top of a steep mountain surrounded by the vastness of nature has made it a symbol for Georgia.  The church is now an active establishment of the Georgian Orthodox and Apostolic Church. 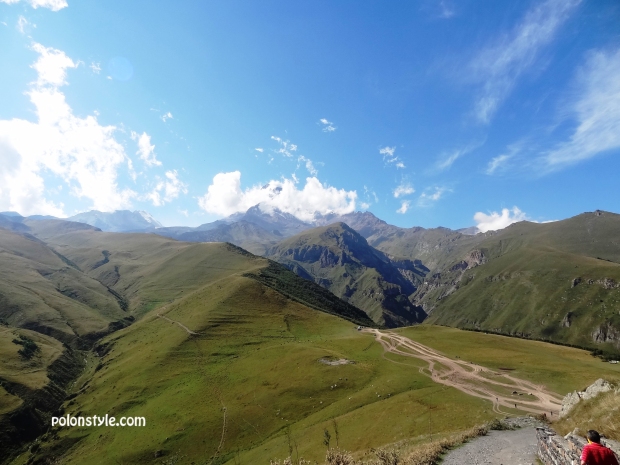 The church can be reached by a steep 3 hour climb up the mountain, or around 30 minutes by jeep up a rough mountain trail.

After an exhausting day trip, we headed back to the Tbilisi to prepare for our early morning flight back to Dubai. Although this trip was only for three days, we have learned a lot about history and culture of this beautiful country.